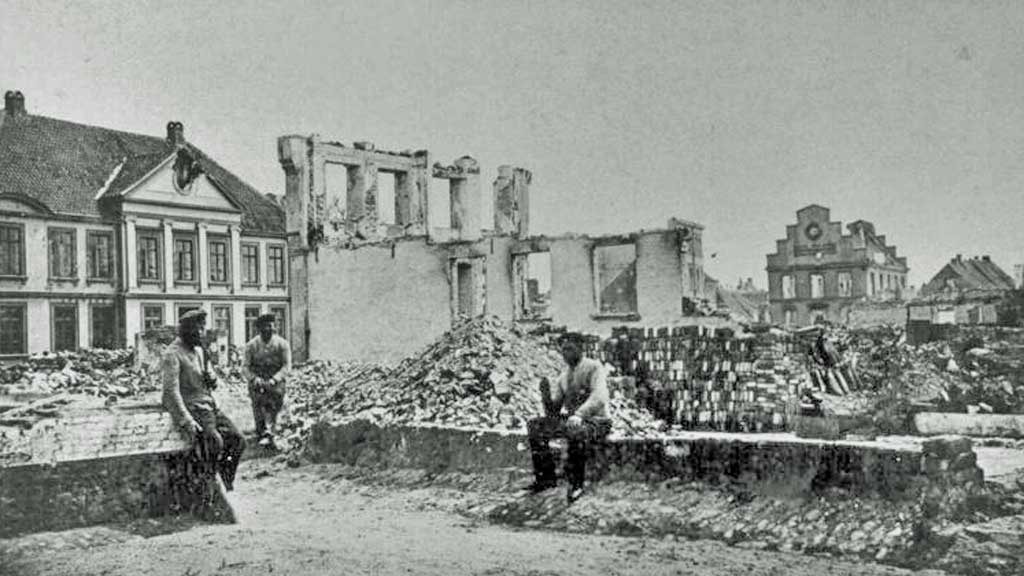 Photo: VisitSønderborg
Activities
Sightseeing
The town walk takes you past buildings that are linked historically to the year 1864 and past locations were bombs landed and ruined the town
Address

Tickets can only be purchased online at least 24 hours before. There is a limited number of tickets on sale because of Corona virus. We reserve the right to cancel tours in case of changes in restrictions.

On April 2nd and 3rd, 1864 Prussian cannons bombarded Broagerland Sønderborg. Around a third of Sønderborg town was destroyed, and the residents were forced to flee.

The guide explains about the locations of the Danish military installations and gives examples of the ways in which the inhabitants suffered and were subjected to losses because of the bombardment.