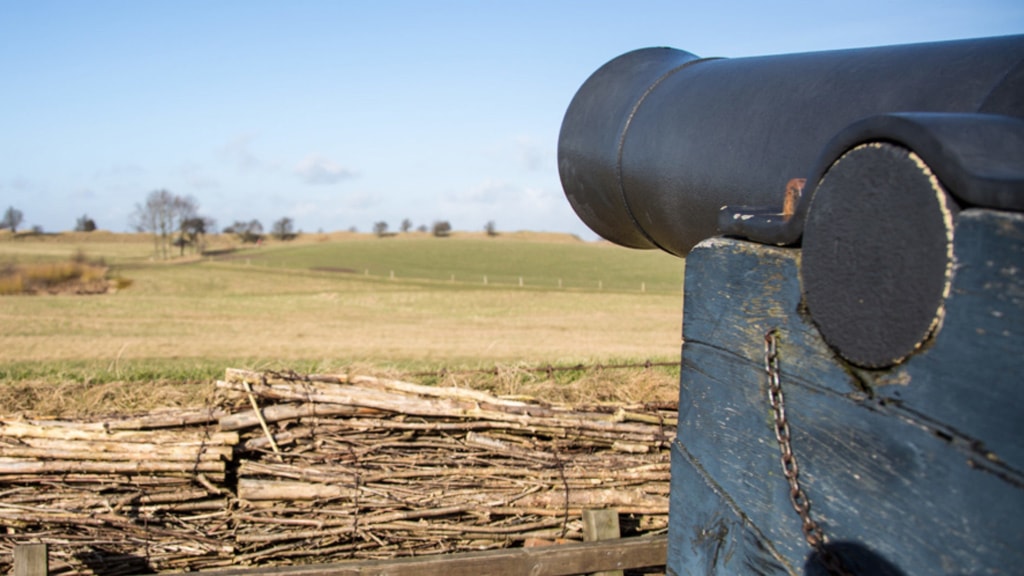 At History Centre Dybbøl Banke you enter the dramatically days during the war in 1864. You become a part of the drama and get new knowledge on one of the most important battles in the history of Denmark.

Keep all your senses alert as you move around in the area, where the thundering noise from the canons mix with the screams from the wounded soldiers. Explore the historically accurate entrancement and visit the barracks in the soldier camp behind the frontier, where tired young men rest between the bloody fights.

The result of the war in 1864 was the collapse of the multinational Danish state. Denmark was decreased by 40% in land area and reduced by about 38.5 % in population. After WW1, a part of the land area of Schleswig was returned in 1920 - known today as South Jutland. Prussia became the expanding German empire, which later on abolished and since became a part of the federal state of Germany, as we know it today. That is why you will experience a crucial chapter in the history of Europe at the history centre.